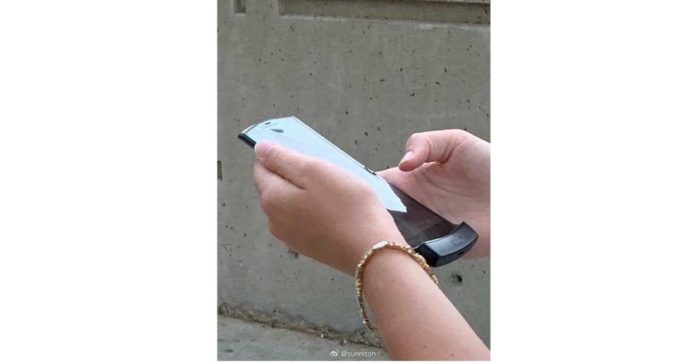 Do you remember the time, back in 2009, when it so fetched to use flip phones? Thanks to their simple nature and coolness one feel while disconnecting a call by flipping the phone. Their era, although well celebrated, was quite short due to the introduction of smartphones with bigger displays and touch screens.

Well, those times are planing to come back again with the news of the release of Motorola’s new RAZR phone. And obviously, since the release of news people have started speculating about the features of the phone. There are already a lot of leaked pictures on the internet.

What we have learned so far is that it is a perfect blend of past with the present. You will be able to flip these phones like the old ones but you will also have a full touch screen as well.

The front camera will take selfies as well as regular pictures thanks to the bending nature of this phone. In regards to other features like RAM and memory, they are no less than modern androids and iPhones. They will have 4 to 6 GB RAM and a lot of memory.

The phones were first seen by the public when Evan Blass leaked a bunch of photos for everyone to see. And it got people hyped up since then. A little after Evan a Dutch website mobielkopen also released the photos.

Up until now all these photos were just of the phone indicating that the phone is ready to be released. This was changed when a user named Sunniton leaked a picture of this phone being used in the actual world on a Chinese network called Weibo. This has started a huge stir in the tech industry.

There is a huge chance that the company will announce the news officially on 13th November at their press conference.

All of this indicates that the time is not far when flip phones will be cool again and every teenager will be wishing to have one in his hands.