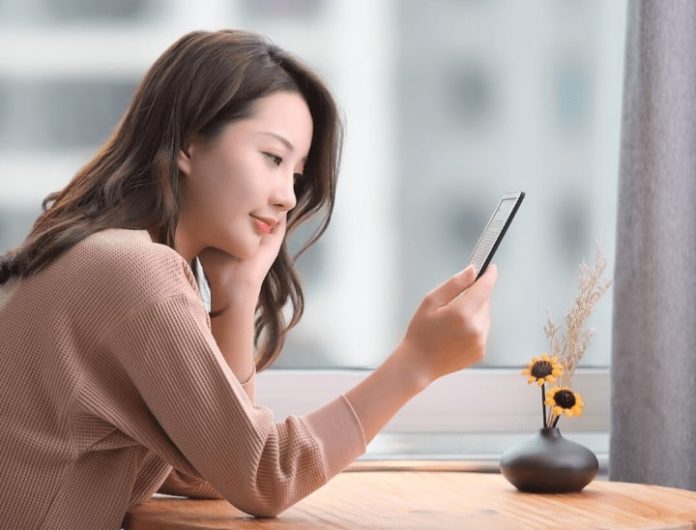 It was rumoured for a few days that Xiaomi had a new device insight with a new category in its sights. That product is none other than the Xiaomi Mi Reader, its first e-book reader.

Xiaomi’s proposal is really striking in several ways since it is an e-book reader that will have an electronic ink screen, but it will also be based on Android and will be charged via USB-C.

Another novelty: it will not be on sale initially in a traditional way, but Xiaomi will start selling it through a crowdfunding or collective financing platform similar to Kickstarter.

The design of the Xiaomi e-book reader is minimalist, and in the screenshots that have been shared the front simply includes the screen frames and without physical accesses on that front. In the upper part, there is a button that is probably used to turn the reader on and off.

We do know that the Xiaomi Mi Reader will have a USB-C charging port that will also allow transferring data and especially books to the storage system of the device, which has 16 GB capacity and accepts e-book formats such as ePUB, TXT or PDF, among others.

It is especially curious that the device is governed by Android 8.1 Oreo, an already veteran mobile platform that seems to be enough to give life to the benefits of a device with an All winner quad-core processor and that is accompanied by 1 GB of RAM.

It is not known if the reader will allow, for example, to access a browser as with Amazon Kindle and its Silk browser. Nor if the presence of Android will allow you to do more than use the device as an e-book reader and be able to install conventional Android applications although the electronic ink screen would obviously limit the possibilities and user experience in these tools.

The official launch of the Xiaomi Mi Reader will take place on November 20 , but this reader will not reach the market directly, but Xiaomi will market it through a crowdfunding or collective financing platform.

The launch price will be 579 yuan (approximately 75 euros at the current exchange rate), while when it goes on sale that product will definitely go for 599 yuan (78 euros). It is not known if it will be sold outside of China, but with that price and performance the product could become a notable rival even for Amazon Kindle.